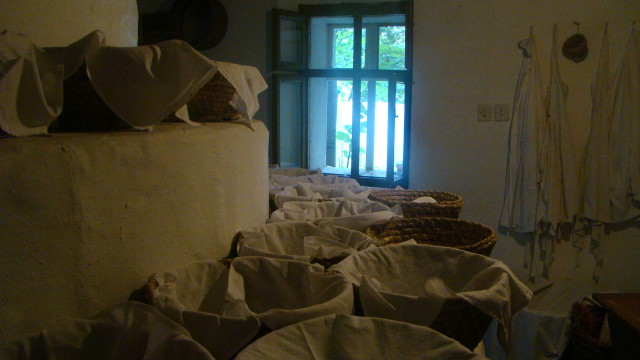 The bakery museum is along the local road between Mali Iđoš and Feketić. Géza Kátai, the front-line fighter of rural tourism in Mali Iđoš has opened this memorial house in his parents’ dwelling, after founding the Kátai farm. The bakery was originally founded by his grandfather at the beginning of the 1900s, and his father also operated it. This means that this building has made room for a bakery for at least a century now, thus deserving to become a museum. The owner also wants to show how wheat was milled, what kind of products were made of it… The paintings on the walls present the steps of growing crops, from ploughing and sowing to harvesting and processing. The museum is not open permanently, but only for organised groups that call them in advance, and for the guests of the farm.
Árpád Papp
Source: